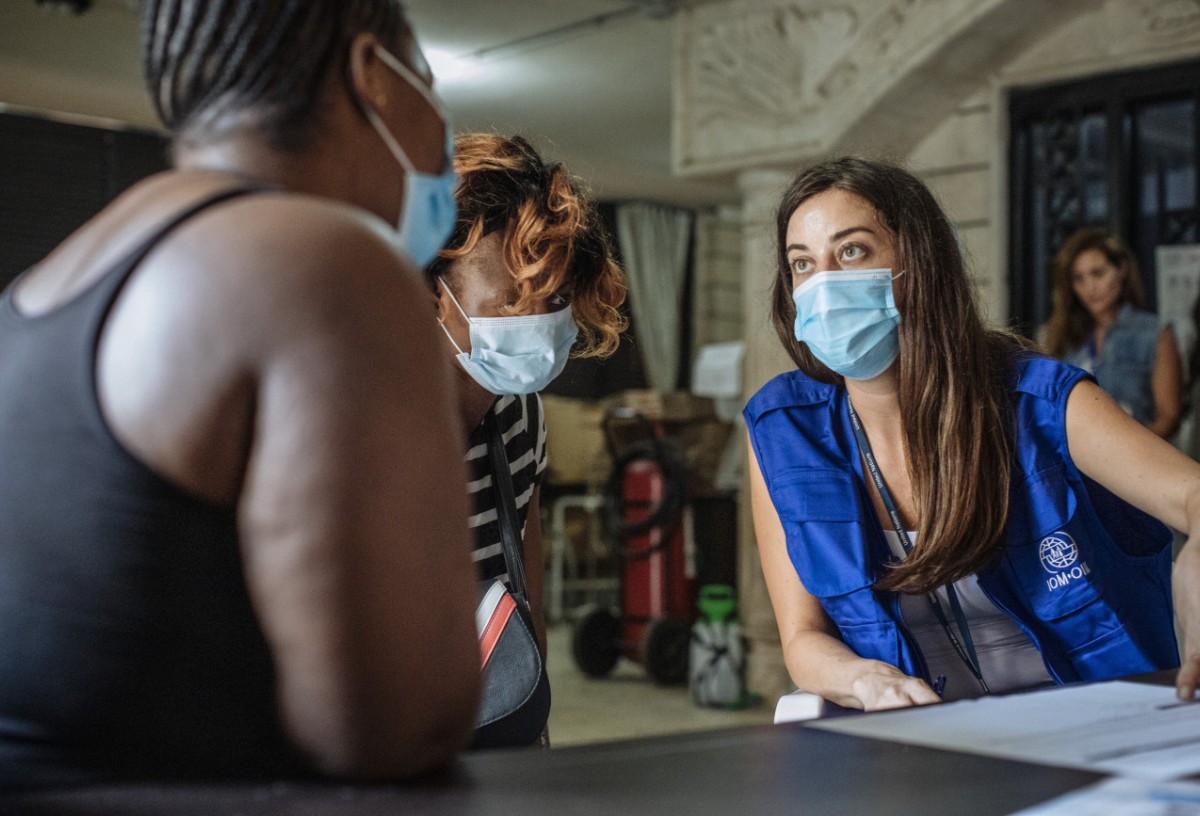 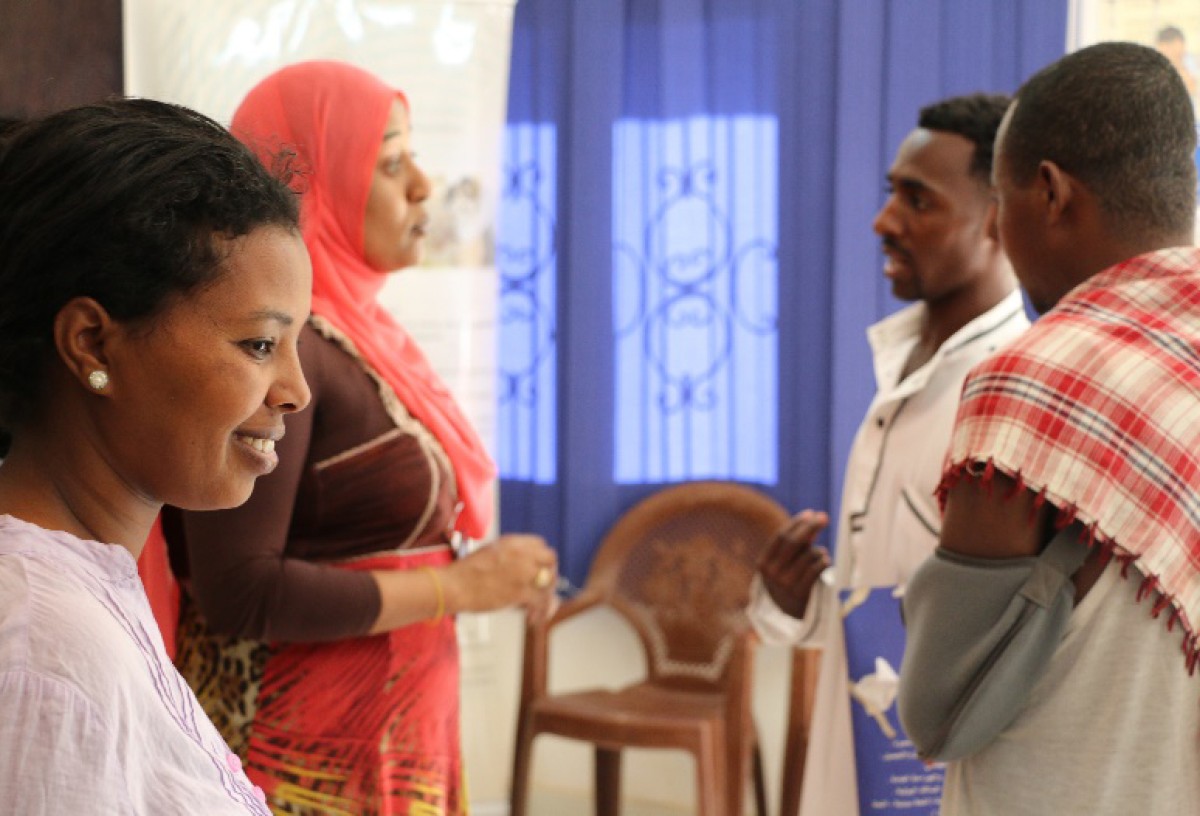 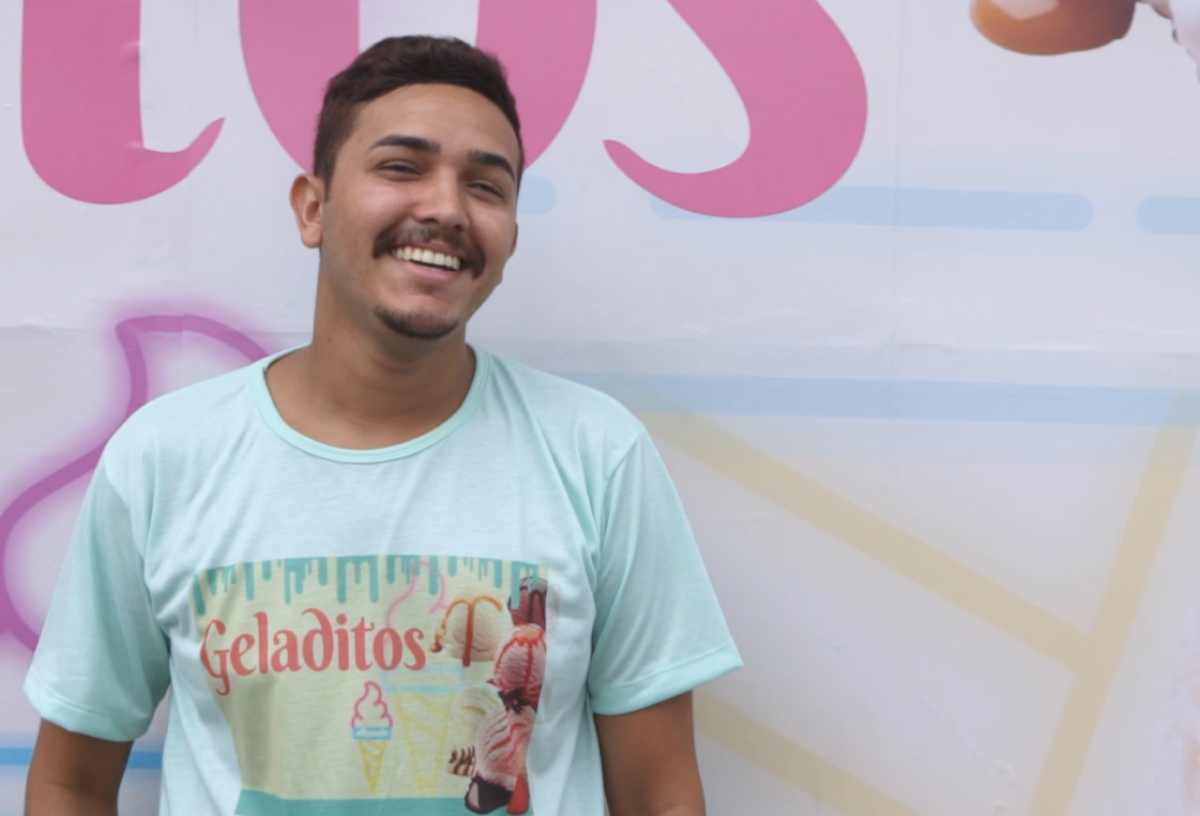 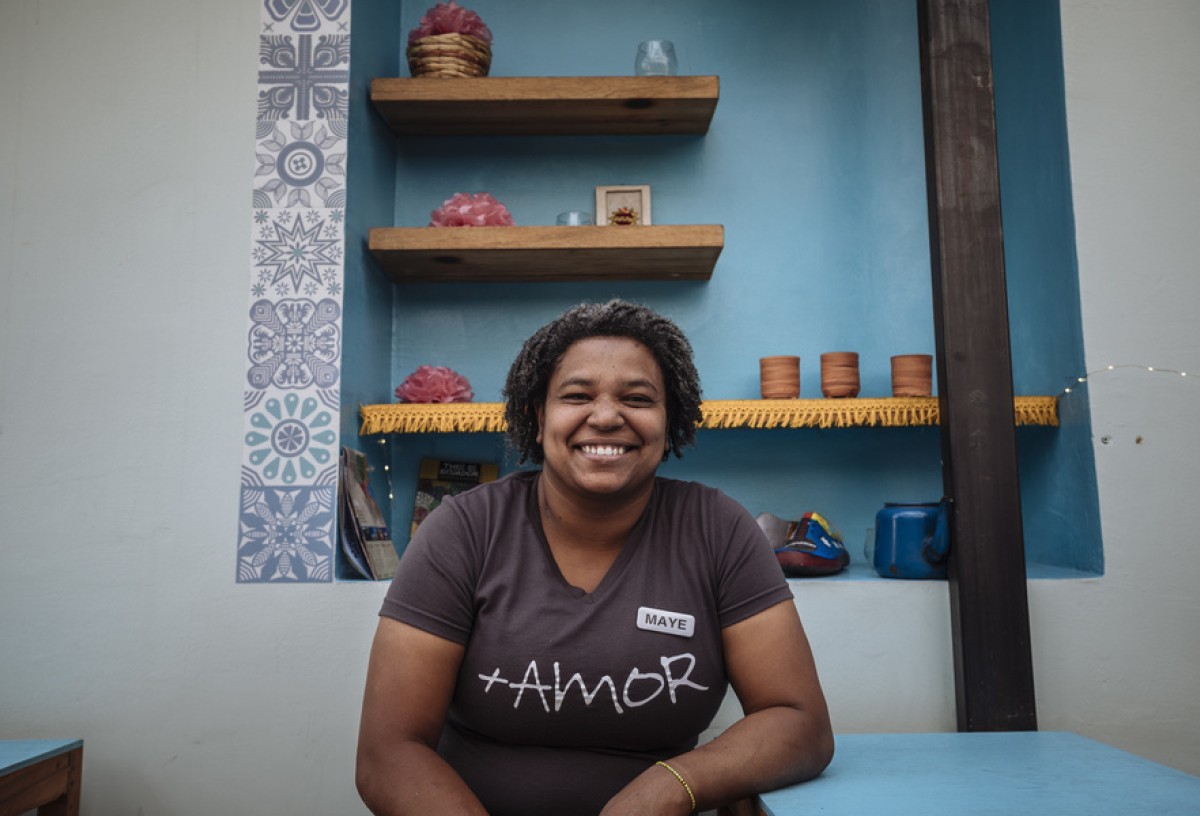 The Spanish version of the Return and Reintegration Platform is now online! 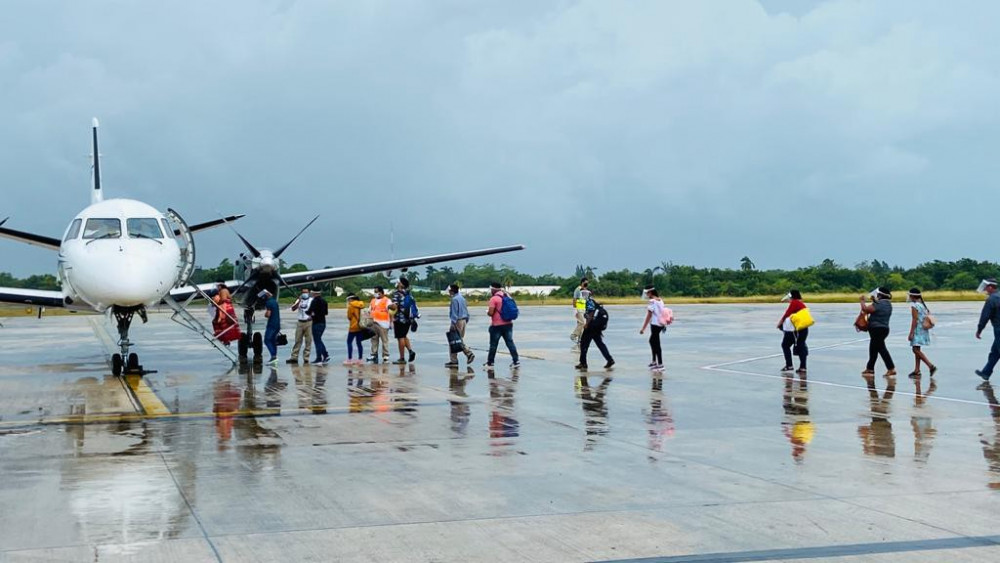 The widespread impact of COVID-19 on global human mobility due to travel restrictions, border closures and lockdown measures to curb the spread of the virus left millions of migrants stranded across the world. In a September 2020 report on COVID-19’s Impact on Migrants, the International Organization for Migration (IOM) Return Task Force detailed the plight of nearly three million migrants stranded worldwide by mid-July 2020. Many more migrants are believed to have been stranded in the subsequent months.

In response to the complex challenge of organizing voluntary returns during the pandemic, and to support countries in addressing these challenges effectively, IOM established the COVID-19 Return Task Force. In 2020, IOM facilitated the voluntary return of more than 37,000 migrants worldwide. Among them, over 1,100 migrants (53% female and 47% male) were supported by the Task Force to return home.

Read the article published by IOM on Medium here.

Asia and the Pacific

In China, Ronica*, a woman from Jamaica, was hospitalized due to mental health problems. Before then, she had been working as a kindergarten teacher but lost her job. Due to the length of the journey back home, she was incapable of travelling to Jamaica unescorted, prompting the Jamaican government to seek IOM’s expert assistance. Ongoing flight disruptions, exorbitant costs of available flights, remoteness of her location, quarantine measures, and transit visa requirements made the process more complicated. In October 2020, after intensive preparation, Ronica, accompanied by a medical escort, finally arrived home safely. IOM continued to ensure she receives adequate health care and other necessary support upon return. The task force supported the return of 95 vulnerable Mongolians from 24 different countries. The support covered ticket costs, pre-departure accommodation, and medical screening.

Central and North America, and the Caribbean

Throughout Central and North America, large groups of migrants have been stranded due to COVID-19 mobility restrictions. In Curaçao, Maria* had overstayed her residency permit after having been hospitalized with diabetes which let to the amputation of her left leg. Unable to continue working as a domestic worker, she was left with no income, wheelchair bound, and with no care. Her only option was to return to Jamaica, unfortunately, not only was travelling restricted, but she did not have a valid passport nor financial resources to return home. Once the situation improved and movement resumed, IOM managed to support her return home.

Alongside Maria*, IOM supported, among others, the return of 55 migrants to El Salvador, 22 migrants to Belize, 70 migrants to Guatemala including 9 children, 15 migrants to Hondura, and 8 migrants to Nicaragua. IOM further provided them with food, shelter, medical and psychosocial support, hygiene kits, personal protection equipment and covered the cost for mandatory COVID tests, and quarantine upon return. The hurricane alert meant that some trips had to be rescheduled to September, when the migrants finally returned home.

In Brazil, Yangir* and his family of five did not anticipate the Covid-19 restrictions when they left Mongolia to visit their cousin. They were left stranded, and during the long wait, their family welcomed a new-born. IOM and Mongolian Ministry of Foreign Affairs supported their return, medical services, and covered their quarantine cost. They are happily reunited with their family members.

23-year-old Joy* and her sister are among the migrants supported to return home in West Africa. They were victims of human trafficking in Lebanon. After being mistreated, forced to work extra hours, paid poorly, or not paid at all, she managed to escape and met her sister who was left homeless and jobless following the Beirut Blast in 2020. IOM in Lebanon supported the two sisters, among others, to return home and start their own business as part of the reintegration assistance.

An assessment of migrant workers in Lebanon conducted mid-2020 by IOM’s Displacement Tracking Matrix (DTM), found that roughly 70% of those surveyed were making plans to return home before the blast hit in 2020. Since September 2020, the Task Force organized several voluntary return flights from Lebanon for migrants from Ethiopia, Sierra Leone, Nigeria, Bangladesh, Sudan, Ghana who had been stranded in Beirut amid a worsening economic crisis further compounded by the effects of COVID-19 and the August explosion.

East Africa and the Horn of Africa

IOM, in coordination with authorities, assisted Somali migrants stranded worldwide to safely return home. These included 11 Somalis and Somalia’s ambassador to West Africa and Special Envoy to Iran after nearly six months of being stranded in Iran. IOM supported the migrants depart the Islamic Republic of Iran and land safely in Mogadishu. Cancellation of flights posed a challenge to these returns with Iranian authorities issuing exit permit six times. IOM provided the migrants with accommodation, meals, regular health check-ups including PCR tests. Upon their arrival, IOM assisted the returnees with onward transportation to reach their final destinations and offered healthcare and psychosocial support to those in need.

In September, IOM in Nepal and Cyprus, in close coordination with relevant authorities, organized the voluntary return of 63 Nepali nationals, mainly students no longer able to pay college fees in the wake of the pandemic. IOM supported returnees with COVID-19 tests, airport procedures, and cash assistance to cover their initial expenses upon arrival.

In November 2020, IOM supported the voluntary return of Tajik migrants stranded at the Kazakhstan/Uzbekistan border due to restrictions imposed in the wake of COVID-19. They were part of the tens of thousands of migrant workers in Central Asia who lost their jobs after their employment contracts were terminated due to the overall economic situation.

After being stranded for close to nine months, 75 Malagasy women working in the Kingdom of Saudi Arabia returned to Madagascar in December, via an IOM charter flight. This was the third return movement of Malagasy nationals supported by IOM, after the return of 177 people from Kuwait (June 2020) and 54 others from Lebanon (October 2020). In addition to this, IOM provided support to many vulnerable Malagasy migrants stranded in Somalia, Japan, and Indonesia.

Most of the women had been stranded in KSA for nine months with some becoming homeless due to joblessness or the expiry of residency. The migrants were provided with medical screenings, COVID-19 testing, administrative procedures, transportation, quarantine costs, and a reintegration package in form of cash transfer. Close to 2,400 Malagasy nationals have been stranded abroad since March 2020 due to the widespread and sudden closure of national borders to confront COVID-19.

Extremely vulnerable migrants, mainly from Togo and Benin, lived in Gabon in precarious conditions worsened by COVID-19. IOM helped return 54 stranded migrants, most of whom were 50-years and older. In coordination with consular services from Togo and Benin, the task force supported the migrants with medical screenings, COVID-19 testing, and exit visas. Once the airports resumed activities, IOM organized their return.

Through the generous contribution from the Government of Germany, the US Government, the European Union, the Governments of Switzerland, Norway, the United Kingdom, and Denmark, Ronica, and over 1100 other migrants stranded as a result of the COVID-19 pandemic have been reunited with their families back home.